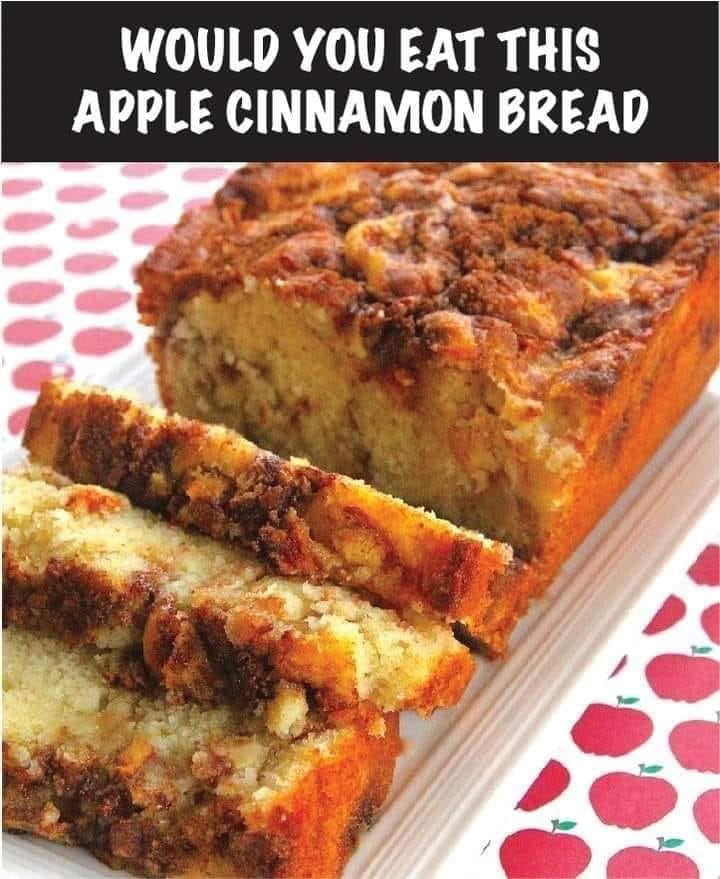 I’m excited about this bread for a few reasons. First, I didn’t think I liked anything with baked apple (it’s a texture thing), but I’m trying to be an adult and try new things.

Last week we were at a cider mill and my mom bought a loaf of their apple bread. I tried it and actually liked it. Enough that I wanted to try to recreate it which leads to the second reason why I’m excited about it. I think I did a pretty good job recreating it! I did some research and came up with this recipe that I think is really, really good.